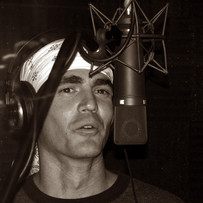 All lyrics were written by Rodney Thomas except on "Bricks of Clay" (Jesse Morris).

tell me, momma, do you toss and turn all night,
thinking of the world and all it's crimes?
it leaves you paralyzed,
awake, but traumatized...
see you later, got to go to join the fight,
if you're scared, just look in my
crazed eyes, cold as stone,
cat's eyes, watch'em glow.